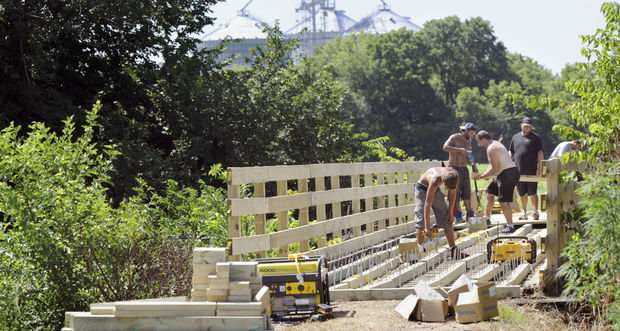 Construction continued last week on old railroad bridges along the Chief Standing Bear Trail near Barneston. With the Ponca Tribe of Nebraska assuming ownership, the trail is expected to open later this year, completing the link between Lincoln and Marysville, Kansas.

The Ponca Tribe of Nebraska, which had its land taken away in the late 1800s, is getting a trace back: a 19.5-mile trail segment in Southeast Nebraska.

On Sunday, the tribe signed an agreement with the Nebraska Trails Foundation and the Homestead Conservation and Trail Association to assume ownership of the trail segment, which stretches from just south of Beatrice to the Nebraska-Kansas border.

Read the full article at JournalStar.com