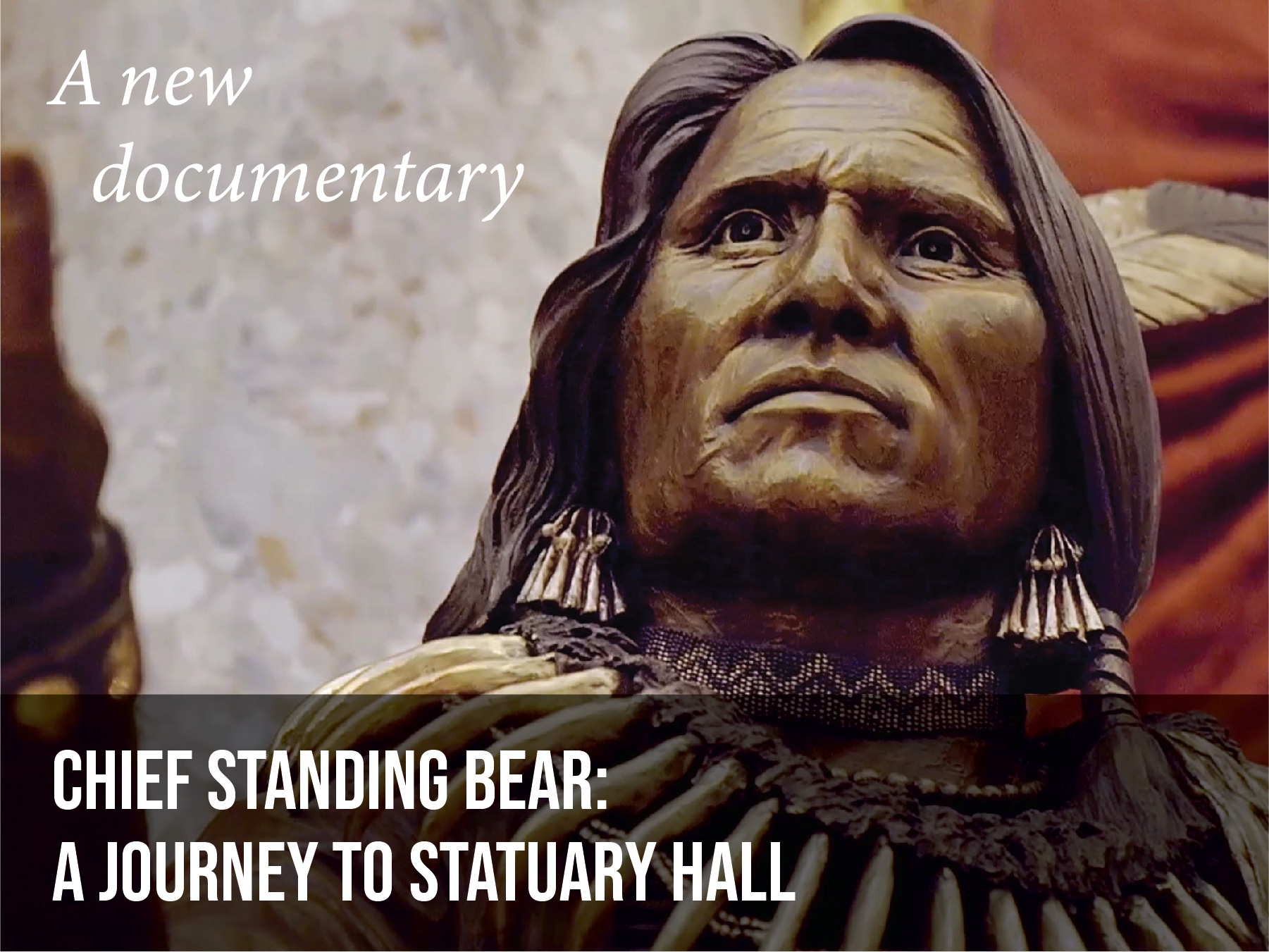 Lincoln, Neb., — A new documentary from the Nebraska Commission on Indian Affairs follows the creation, journey, and installation of a bronze sculpture of Ponca Chief Standing Bear in Statuary Hall at the U.S. Capitol in September 2019 and the remarkable story behind the statue’s subject.

“Chief Standing Bear: A Journey to Statuary Hall” follows the journey of the new statue along with Chief Standing Bear’s story and interviews with his descendants, sculptor Benjamin Victor, and the leaders who helped secure its place in Statuary Hall.  Though it is a story of how Chief Standing Bear came to be recognized in this way, it is also a story about issues of equality and social justice in today’s complex world.  The story and court case are 140 years old, but just as relevant today.  The orderly selection by a state legislature of an Indigenous social justice hero serves as an important counterpoint to the anger and division that has resulted in the tearing down of statues depicting historic figures.

“Standing Bear’s story is a part of history that we as a country need to know for what it is, both good and bad.  His journey from Oklahoma to a Nebraska courtroom and now to Statuary Hall as told in this movie is a triumph.  His story is even more relevant today, serving as a thought provoking piece about contemporary issues of equality, equal rights and justice,” said Judi gaiashkibos, executive director of the Nebraska Commission on Indian Affairs.  “It is my hope that this movie will have a long and vital life in sharing this important narrative about a Native American hero.”

This short film was created by documentary filmmaker Ingrid Holmquist, a journalist and filmmaker from Nebraska who recently won the British Academy of Film and Television Arts (BAFTA) Student Film Award for Best Documentary Film in 2019.  She has worked on four CNN Fareed Zakaria documentaries and served as photo/video editor for “National Geographic” photographer Joel Sartore.

The film trailer is available at https://youtu.be/avjfimCCBbM.  Follow along on social media at https://www.facebook.com/Chief-Standing-Bear-Trail-144446865615350.